Need help now? For crisis support call 000 in an emergency or Lifeline on 13 11 14. Find more information on our emergency contacts page.

Find detailed information on the work we do to support the community managed mental health sector.

Catch up on all the latest news and stories from the community-based mental health sector.

Discover a range of ways to connect and learn through our events, forums and talks.

An online guide to help explain your legal and human rights in the mental health and human services systems in New South Wales.

Words are important. The language we use and the stories we tell have great significance to all involved.

Build on your lived experience or on-the-job experience and receive a nationally recognised qualification.

Contact us to design a professional development solution for your workforce and organisation. 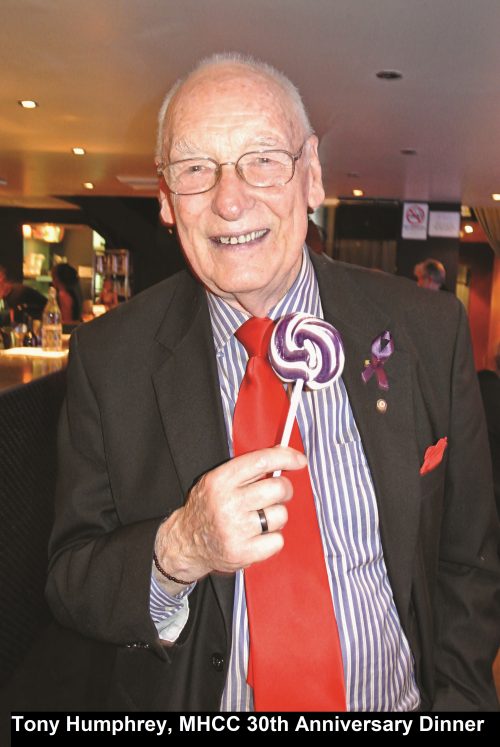 Tony Humphrey has devoted more than 30 years of his life to working for improvements in mental health and suicide prevention services. He has been involved in many community managed mental health organisations and committees at both a state and national level and has supported hundreds of individuals.

Tony served on the MHCC board from 2002 until 2005. He remained interested in MHCC activities and it was just one of  many organisations he generously gave his time to. In 1995, Tony founded the Australian Mental Health Suicide Consumer Alliance (Club SPERANZA) to focus on reducing suicide. Tony has at various times been the Deputy Chair and Chair of the Mental Health Association, Executive President of Lifeline and Deputy Chair and Chair of the Way Ahead Mental Health Association NSW. He assisted with the establishment of the NSW Consumer Advisory Group (now Being) and was a board member of Mental Health Carers NSW. He was also been involved with the Australian National Association for Mental Health and Suicide Prevention Australia. At a local level, Tony was a member of the Northern Sydney Central Coast Area Health Service Mental Health Acute Care Committee for ten years and chaired the Area Community Consultative Committee. Tony was instrumental in supporting organisations for carers and consumers in the area

Tony had a background in business and he brought this knowledge and understanding to his work in mental health. While often critical of services which do not meet recovery goals or focuses on individual patient need, he also took  taken the time to study and understand how services can be provided more effectively and contributed this knowledge to the public debate. Tony travelled widely to study mental health services in other countries and he brought this understanding and awareness to his work in Australia. Tony worked tirelessly for a better suicide prevention and a follow up system post discharge.

While there is far greater awareness and understanding today about mental health and suicide, this was not so when Tony first commenced his work in this area. Tony has made a remarkable contribution to reducing the stigma associated with discussing mental health and suicide issues, assisting others struggling with suicidal thoughts and influencing government policy and health services. Tony demonstrated extraordinary commitment, passion and perseverance. In 2020 Tony received the recognition he deserved with an Order of Australia for his lifetime commitment to the field.  He will be sorely missed as a friend, colleague, fellow advocate, lifelong contributor to improving suicide prevention and service excellence.